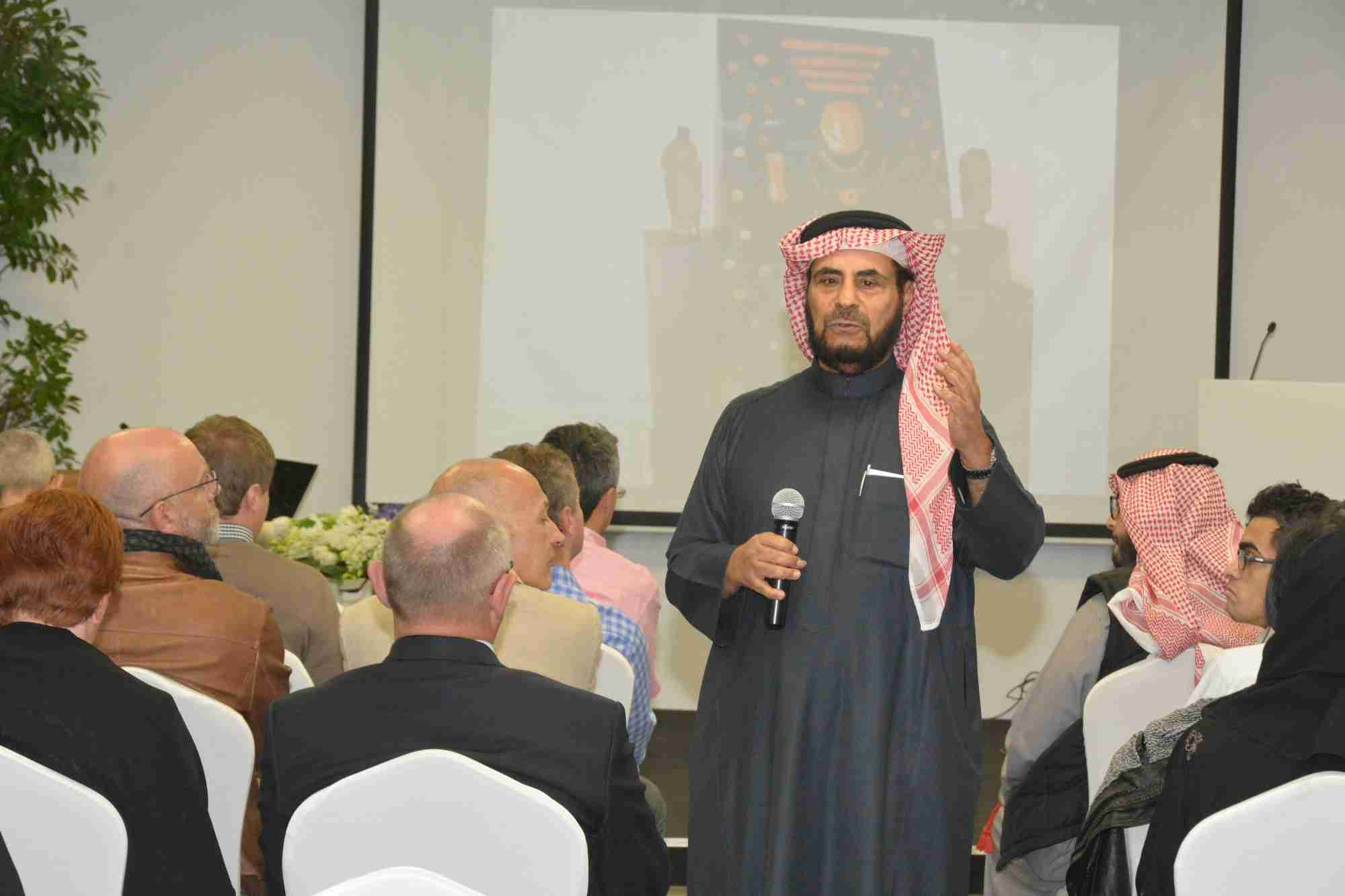 On Sunday the institute, based in Riyadh, hosted a cultural night for the general public under the title “Human Activities in the Arabian Peninsula throughout History and the Local Saudi Culture”.

Two researchers from King Faisal Center for Research and Islamic Studies, Dr. Solaiman al-Theeb and Dr. Sa’ad al-Sowayyan presented aspects of the historical and cultural landscape of the peninsula, highlighting important historical moments and great achievements accomplished by the tribes living there. They also shed light on the dense population that existed in the peninsula in old times and how changing weather and drought affected migration and the establishment of kingdoms. The presentation also touched upon the importance of the peninsula in being a cross roads between old civilizations of Egypt and Iraq.

The researchers also demonstrated to the audience – which consisted of large numbers of foreign communities residing in Riyadh – that the Arabian Peninsula was thriving with art and music. Arabian life back then was filled with festivals and enjoyed the arts: singing, music and dancing. The presence of thousands of languages such as Sabaean, Nabatean, Thamudic, and Aramaic were also noted as accomplishments of the peninsula.

The cultural evening which was also set up with the aim of introducing foreign communities to the Arabian civilization’s history and the Saudi culture, also received pressing demands of documenting the history and culture of the Kingdom and the Arabian Peninsula in light of globalization’s dominance over popular culture