The Chinese Islamic National Salvation Association and the Hui Minority: 1937–1948, 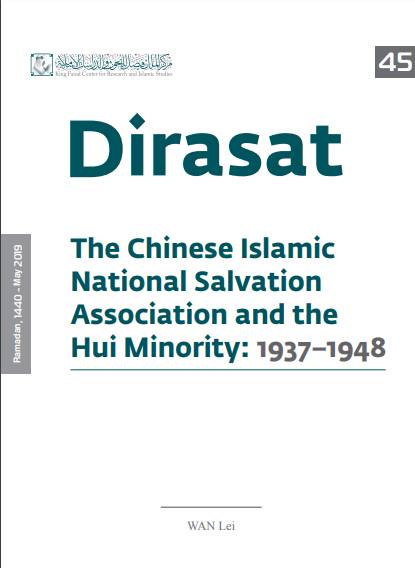 The Hui in China is a singular ethnic group. They speak Chinese but appear to have pursued a uniquely cultural evolution following immigration of its main grouping into China during the Mongol Yuan dynasty nearly eight centuries ago. But Hui societies only became evident in the first half of the 20th century, symbolizing Hui in–group consciousness; a nationwide semi–official China Huijiao [Islamic] Nation–Salvation Association was the national organization that played a significant part in uniting the Hui minority to support the Second Sino–Japanese War (The Resistance War against Japan) and in protecting the Hui minority in many ways during war period.

The organization was led by General Bai Chongxi and other Hui elites and possessed its branches in many provinces across China. The operable and successful functioning of such an Islamic Association during WWII relied on Hui such a distinctly characteristic and the special Hui way of life. The endeavor of the Association’s protection of the Hui also demonstrated the Hui’s political and social strength in Chinese society during the period.

This article mainly takes central China’s Henan province as its primary example and is based mainly on the Bulletin of The China Huijiao National Salvation Association and other historical resources. The Association made efforts to promote Hui education, to secure Hui livelihood by creating every possible method of assistance, to protect Hui interests in army service in administrations at all levels, and to solve the problems regarding Hui–Han confrontations.