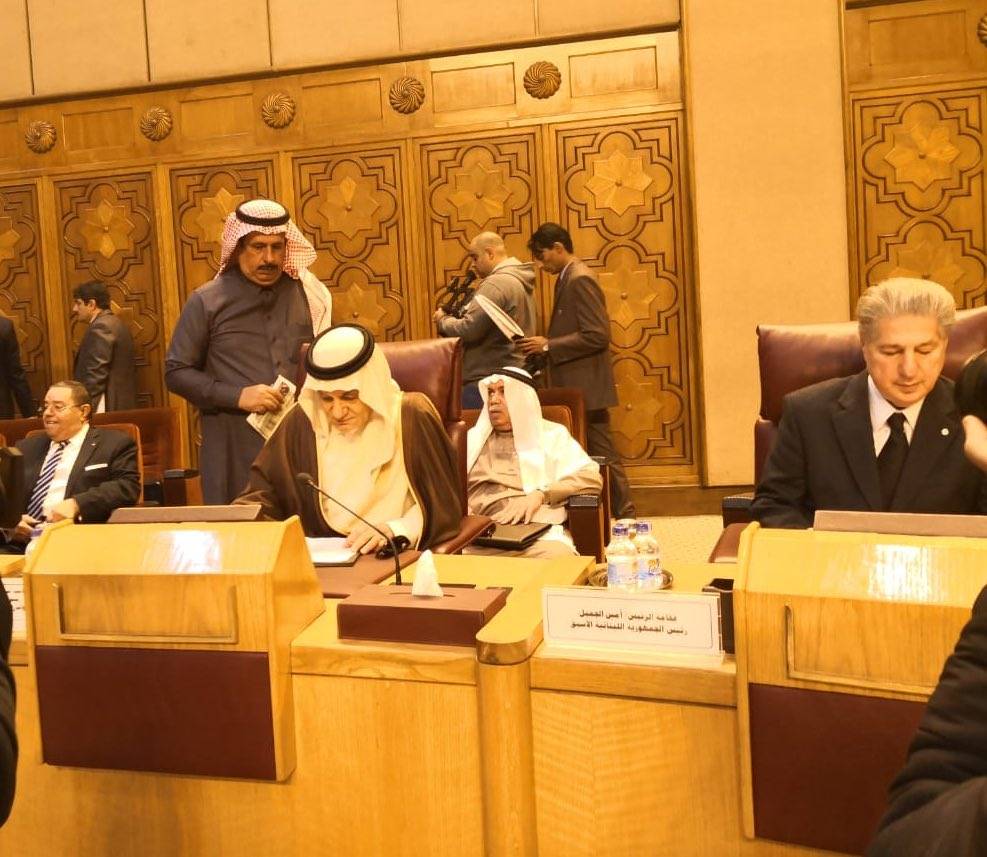 Prince Turki Alfaisal, Chairman of the King Faisal Center for Research and Islamic Studies, participated in the Arab Leaders Conference for the Achievement of Security and Stability organized by the Arab Parliament, headed by Dr. Meshal Bin Fahmy Al-Salami. The meeting was attended by a number of former and current heads of government and ministers. which was on the 9th of February 2019, at the headquarters of the League of Arab States in Cairo.

The aim of the conference is to prepare an Arab document to be jointly developed by the Arab Parliament and high-level Arab leaders with deep knowledge and experience in the field of joint Arab action. The Arab document will enhance the solidarity and challenges facing the Arab League at the summit level Which will be held in the Republic of Tunisia in March 2019.

The conference seeks for this Arab document to meet the challenges of the basis of an Arab system based on Arab solidarity and cooperation, and to address the ambitions aimed at Arab national security.