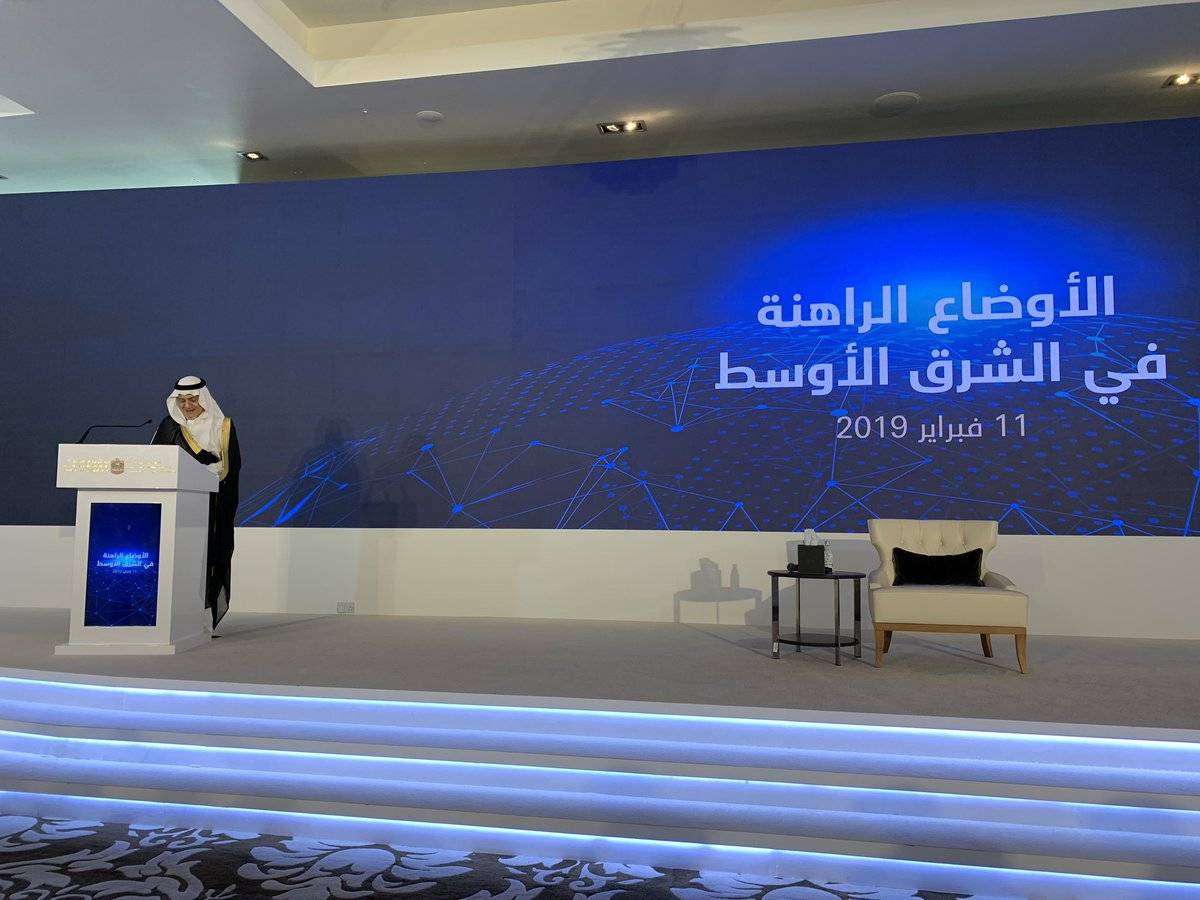 Prince Turki Al Faisal Al Saud, Chairman, King Faisal Center for Research and Islamic Studies, addressed a discussion circle hosted by the Ministry of Foreign Affairs and International Cooperation in the UAE on the current situation in the Middle East, saying that the Arab World is experiencing a catalog of strategic challenges, including extreme polarisation of the new political and social forces and emergence of conflicts that were fueled by regional political, religious, sectarian and tribal factors.

He described the current situation in the Middle East as 'unstable and worrying'  and warned that enemies want the Arab to remain locked in conflicts and seditions to serve their interests and objectives and shape a future that "we don't aspire for."

"The strategic location of the Arab countries make them vulnerable to strategic transformations in the world and to competition among major world powers for influence and natural resources," he noted.

"As long as it wears religion cloak, terrorism will remain a threat and strategic challenge before the Arab countries. Without a real confrontation of terrorism and addressing its root causes, the Arab countries will not enjoy stability," he underscored. He applauded efforts being made by Saudi Arabia and the UAE in countering terrorism.