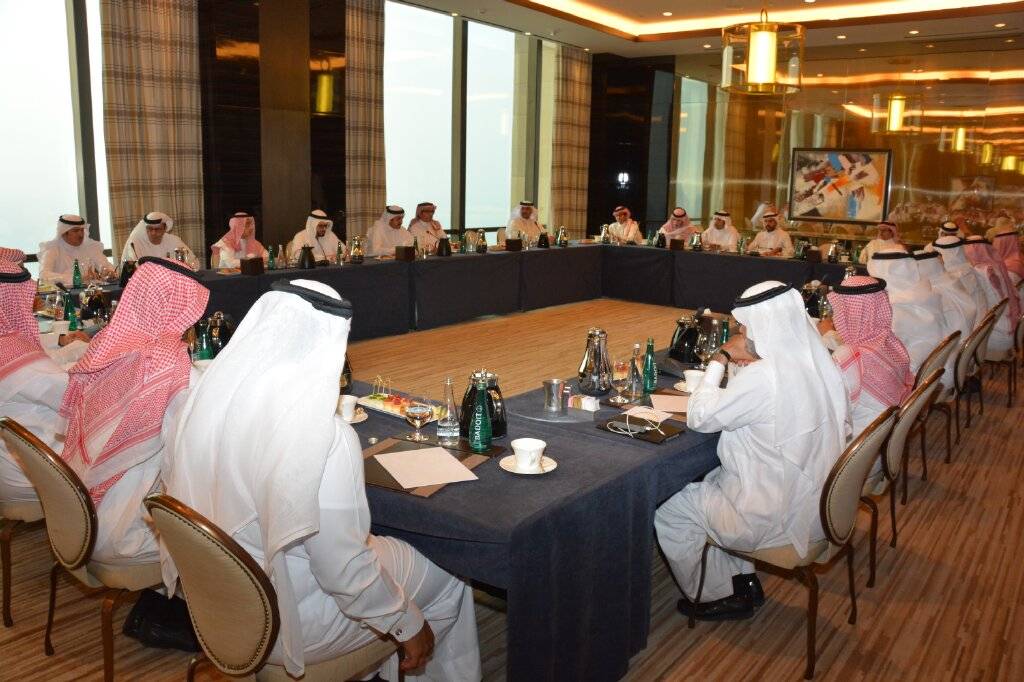 Saud Alsarhan, Secretary-General of the King Faisal Center for Research and Islamic Studies, participated in the first meeting of the Centers for Studies and Research in the Countries of Moderation, entitled: "Thought in the Service of Peace and Development" held in Manama on Saturday, October 20th, 2018.

The Secretary-General of the King Faisal Center expressed his thanks and appreciation for the kind invitation of His Highness Sheikh Abdullah bin Ahmed Al Khalifa, Chairman of the Board of Trustees of the Bahrain Center for Strategic and International Studies and Energy Studies, to host the Center for this meeting, with the participation of a number of heads and officials of study centers from the Kingdom and UAE, Kingdom of Bahrain, and relevant stakeholders.

He pointed out that this important meeting adopted a joint action plan to undertake a wide-ranging research effort and intensive action on the international scene, including decision-making circles, research centers and the media in defense of the constants, the campaign of extortion and systematic abuses against the moderate Arab countries.

Saud Alsarhan said: "The first meeting came out with several resolutions and recommendations. The most important of these were the rejection of systematic violations against the three countries."

Alsarhan said that the second meeting of the Centers for Studies and Research in the Countries of Moderation will be hosted by KFCRIS in Riyadh soon, stressing the need to put the research and intellectual resources available through the coalition of moderates to reach the desired goals, spreading peace and service of sustainable development and strengthening the discourse of moderation and moderation.