Sarhan: Elites Regain Their Status Through Practical Projects and Not Large Projects
Date: 2018-09-27 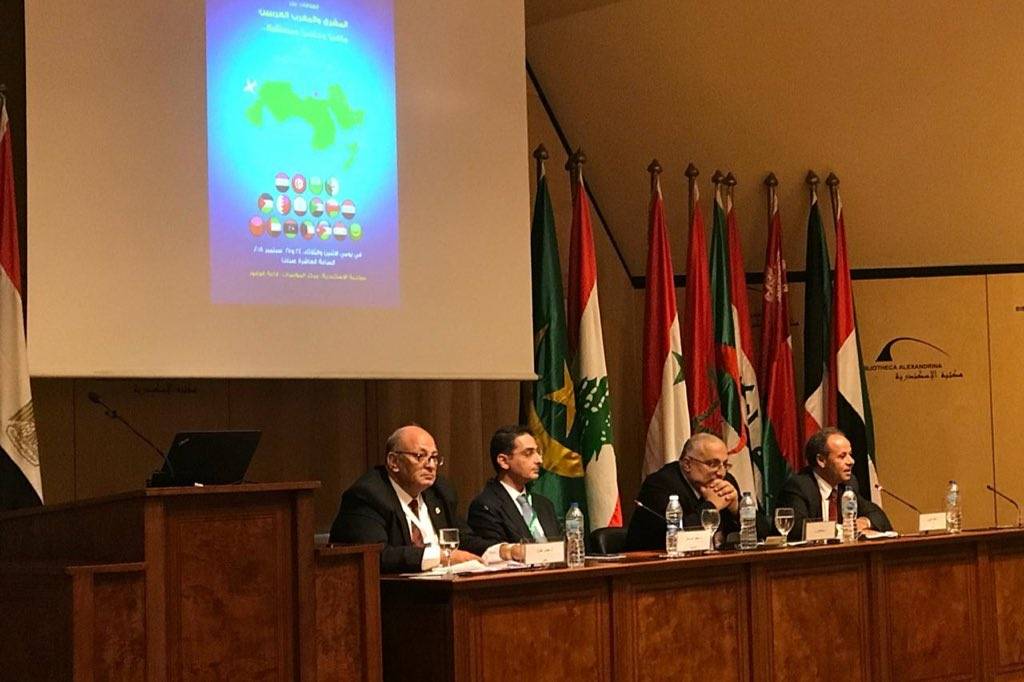 The Secretary-General of the King Faisal Center for Research and Islamic Studies, Saud Alsarhan, participated in a conference entitled: "Relations Between the Arab Mashreq and the Maghreb: Past, Present and Future... Views in the Rewriting of History," organized by the Bibliotheca Alexandrina during the period from 24 to 25 September 2018, with the participation of more than 30 researchers from 8 Arab countries.

The closing session of the conference was held under the title "Horizons of the Moroccan Oriental Relations," which was moderated by Sameh Fawzi, with the participation of Saud Alsarhan, Khalaf Al-Miri, and Jamal Shakra.

Alsarhan said: "We cannot talk about an integrated Arab or Arab Maghreb. The relationship between Mashreq and Morocco is good, but the internal relations between Morocco and Mashreq are not good."

He explained that there are three actors in the relationship between the Arab countries, namely: politicians, elites, whether intellectual or political, and the man of the street. He pointed out that we all focus on the image of the Arabs in the Western drama and do not focus on the image of the Arab countries in the Arab drama itself.
Sarhan said that the elite is no longer the leader of the people, but the opposite instead. It is the people who influence the elite through social media.

Alsarhan asked: What solutions are there for the elites to regain their status? "I think that could be done by restoring the elites to produce themselves again, and to create a kind of acquaintance and dealings between Mashreq and Morocco, through practical projects, not large projects."

At the end of the conference, the participants recommended that Arab countries should establish an integrated federation based on the option of development through the commercial approach as the best way to achieve Arab integration and cooperation between Mashreq and Morocco.

The conference called for the continuation of the work on the settlement of relations between the Mashreq and Morocco at the level of elites and peoples, in addition to making the conference the first link among other workshops in Egypt and the rest of the Arab countries to discuss the Arab situation.