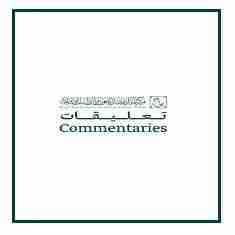 “Some Observations on the Significance of President Xi Jinping’s visit and the Problem of the Sino-Saudi Relationship.”

Saudi Arabia was accorded the honor of being the first destination on President Xi Jinping’s, tour, which as Al-sudairi argues, “is perceived as being a critical catalyst towards re-energizing the relationship after several years of drift.” In addition to the symbolic, diplomatic, and economic rationales highlighted by Al-Sudairi in his commentary, which he argues: “substantiate the claims made about the visit’s importance for both parties, and the reception accorded to it as such”he goes on to say that “one could add furthermore that, the visit, which resulted in the elevation of the relationship’s status into a comprehensive strategic one and the conclusion of well over 14 agreements covering a variety of fields, succeeded in recapturing the spirit of the “golden era” that characterized Sino-Saudi ties in the mid-2000s.This is, in any case, the narrative that is now being produced by official organs and the associated media. For all intents and purposes, it appears that the Sino-Saudi relationship is not only on the right track, but is stronger than ever.

However, “This perspective”in his opinion, is misleading. “In many ways the relationship continues to be an essentially transactional one. It remains, moreover, especially vulnerable to divergence in views and political perspectives. The reason for this is that there are persistent “knowledge gaps.” Al- Sudairi goes on to shed light on how Chinese policymakers, academics, and pundits imagine/think of China. One example he provides is “the preference, again among some policymaking circles,for Iran as a strategic pathway for China’s economic ambitions westward”as”evidenced from China’s unprecedented role in facilitating the nuclear talks between the United States and Iran.”

This knowledge gap, he adds, is “more acute on the Saudi side where, despite nearly 26 years since the establishment of formal diplomatic ties with China, little investment has been accorded to create a sustainable and strong knowledge infrastructure on China and, more broadly, Asia.” Which,he construes, would not only increase the likelihood of political differences and tensions it would also, generate false expectations about the respective roles each side is “supposed” to play. Al- Sudairi concludes with a call for building “a strong knowledge producing infrastructure (embodied by academic exchanges, cooperation between think tanks, and efforts to build an Asia/China focused educational groundwork in Saudi Arabia).”  “Indeed” he says “this is a vital endeavor if the Sino-Saudi relationship is to live up to its newfound moniker as a comprehensive strategic relationship and move beyond a superficial modality of engagement.”