Inauguration of the King Faisal Exhibition “A Witness and a Martyr” at Al-Jouf University
Date: 2017-01-07 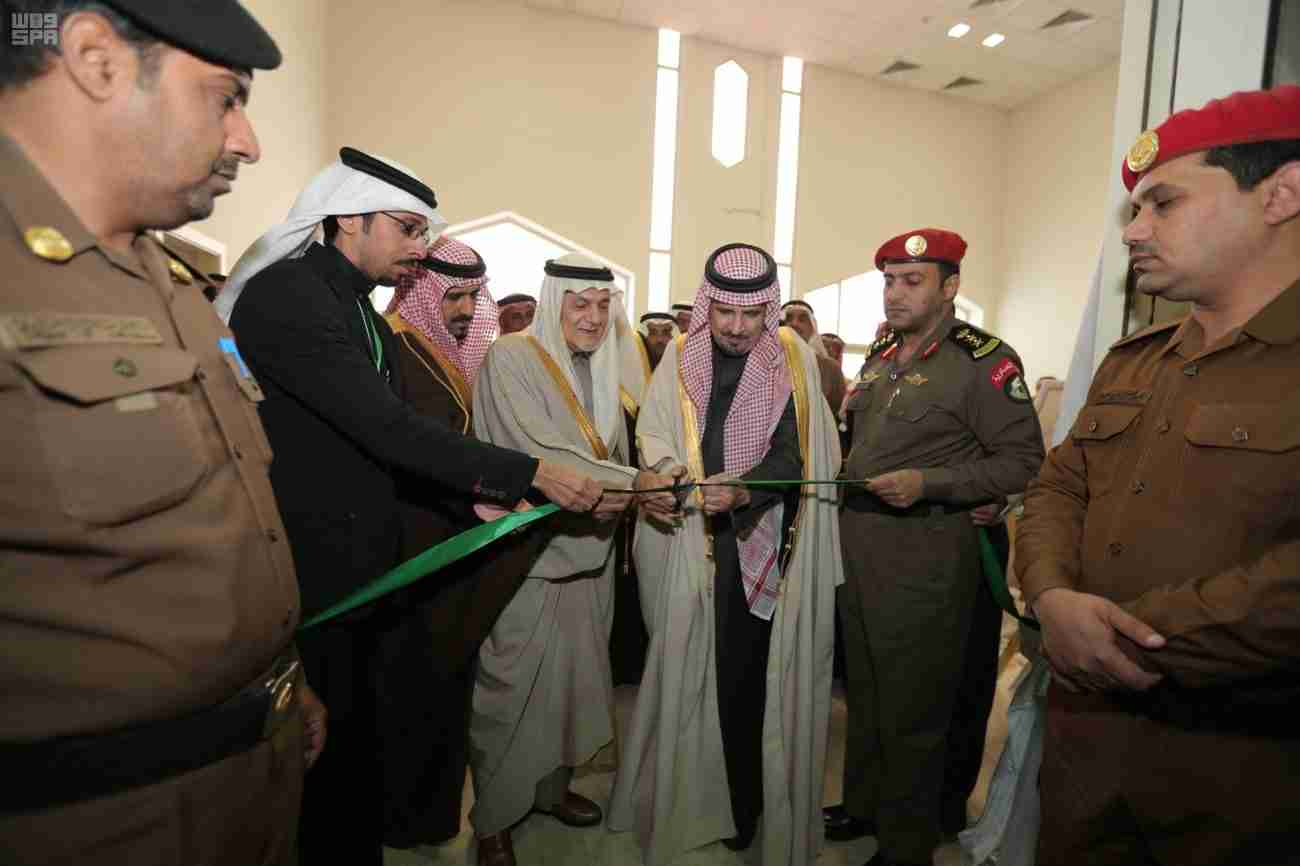 His Royal Highness, Prince Fahd bin Badr bin Abdul Aziz, Emir of Al-Jouf region inaugurated an exhibition hosted by Al-Jouf University entitled King Faisal “A Witness and a Martyr” in the presence of His Royal Highness, Prince Turki Al-Faisal, Chairman of the Board of King Faisal Center for Research and Islamic Studies. The exhibition is dedicated to highlighting the life of the late King Faisal, it also celebrates the influence he had on the local, regional and international level.

The ceremony began with a recital of verses from the Holy Quran, followed by a recitation of a poem by Dr. Ahmed Al-Salem. HE Dr. Ismail bin Mohammed Al-Bishri Rector of Al-Jouf University, then delivered a welcoming speech. Dr. Ismail explained that the exhibition is hosted to celebrate a victorious King that led his country with wisdom and courage. He also highlighted King Faisal’s role in establishing the foundations of the nation's unity and development in various fields, including education, which received special attention from the late King and witnessed an evolutionary development. Dr. Ismail then expressed his gratitude to His Royal Highness Prince Turki Al-Faisal, for the opportunity to host the exhibit at the university.

He also expressed his thanks to His Highness the Emir of Al-Jouf region on opening and attending the show.

Following that, His Royal Highness Prince Turki Al-Faisal delivered a lecture that highlighted different aspects of King Faisal’s life - in politics, war and peace, and his personal life.

The King Faisal...Witness and Marty Exhibition, will continue for a month and the invitation extends to the general public. Visits will be divided to two periods, morning: 10:00am-2:00 pm, and evening: 4:00-9:00pm. Morning visits in the first and third week will be allocated to male visitors, while morning visits of the second week and the fourth week will be dedicated to female visitors. Evening visits are open to all.