The King Faisal Center Hosts a Lecture Entitled: "Hospitality for the ‘Guests of God’: Pilgrimage and Cosmopolitanism in the Port City of Jeddah" 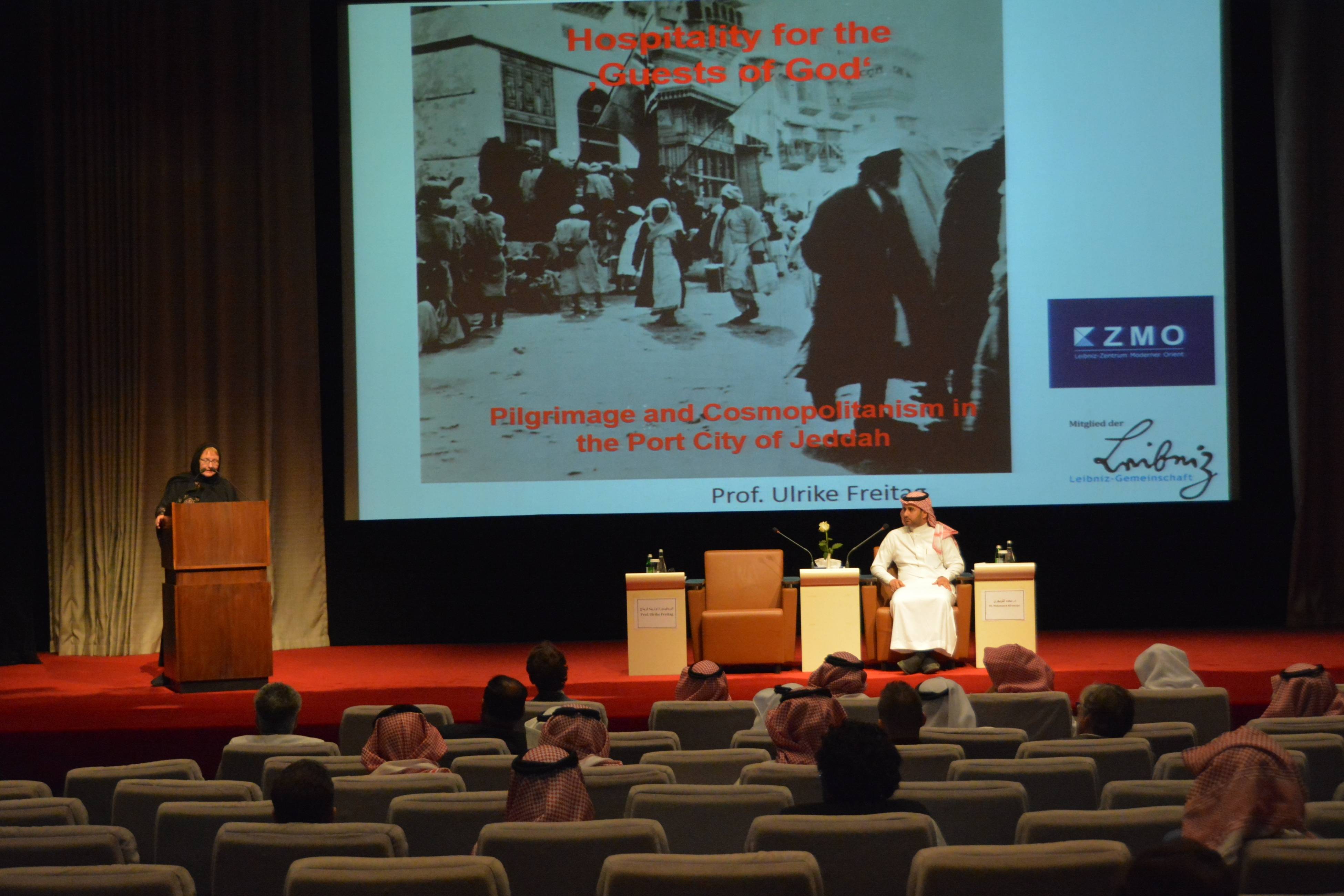 The King Faisal Center for Research and Islamic Studies hosted a lecture on Tuesday, March 12th 2019, entitled: "Hospitality for the ‘Guests of God’: Pilgrimage and Cosmopolitanism in the Port City of Jeddah," presented by Ulrike Freitag, Director of the Modern Oriental Studies in Berlin, Germany.

At the beginning of the lecture, she about how a small city like Jeddah in the 19th century, with a population of approximately 15,000, received almost 100,000 pilgrims and embraced a diversity of strangers from around the world. Jeddah was a major port for pilgrims through the Red Sea, and was strategically located. After the discovery of steam ships, it lost part of its importance as a port for ships, but compensated by receiving more pilgrims.

She explained that pilgrimage was organized through the work of the raft institutions, which were responsible for securing accommodation and travel between Mecca and Jeddah, as well as organizing ships and arranging travel after the Hajj. The openness enjoyed by the residents of Jeddah, in addition to the concept of the Islamic Ummah, helped the pilgrims to accept, settle and integrate into the local community in the city, making it a global city.