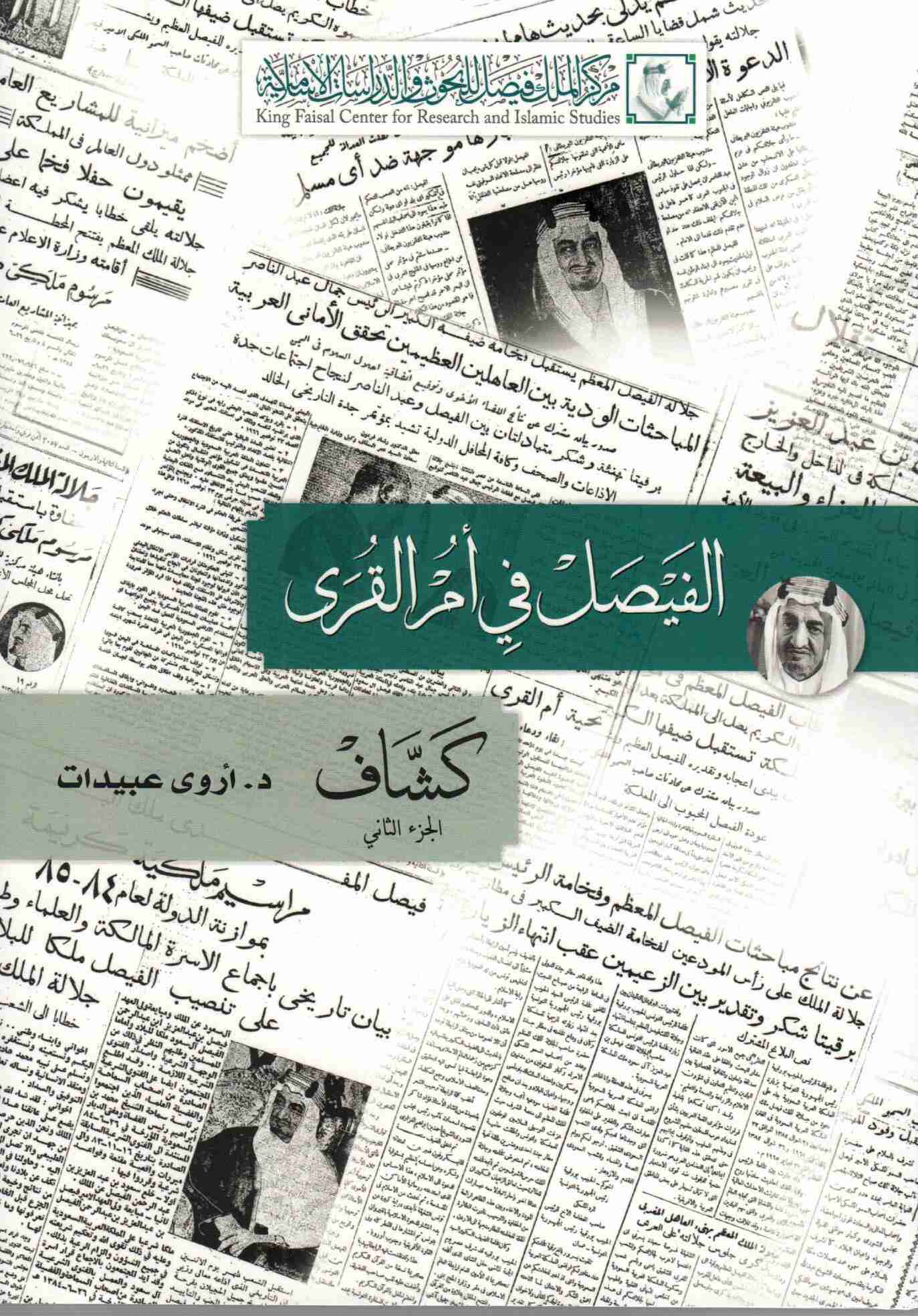 King Faisal Center for Research and Islamic Studies released a book about the late King Faisal’s history, works, and accomplishments in the local, Arab, Islamic, and International arenas.

The book titled “Highlights on AlFaisal  in Umm Al-Qura” is published in two-parts and follows King Faisal’s journey, beginning with his representation of King Abdulaziz Al-Saud in the Paris peace conference at Versailles in 1919, until his succession to the throne as King of Saudi Arabia. The book, not only narrates King Faisal's personal journey, but also embodies the Kingdom’s history, detailing the stages of its development. It also provides an informative overview of key turning points endured by the Arab and Islamic nations.

The information in the book is based on the Kingdom’s official newspaper (Umm Al-Qura) – founded by King Abdulaziz in Mecca in 1924. It includes all news items, speeches, statements, radio and televised interviews, telegrams, decrees, commands and announcements published by the newspaper related to King Faisal. All of the information is documented by publication type, issue no. , page no. as well as date in both Hijri and Gregorian.