Alsarhan: The Peace Agreement Between Ethiopia and Eritrea is a Materialization of Extensive Saudi Back-Channel Diplomacy to Maintain Stability
Date: 2018-09-18 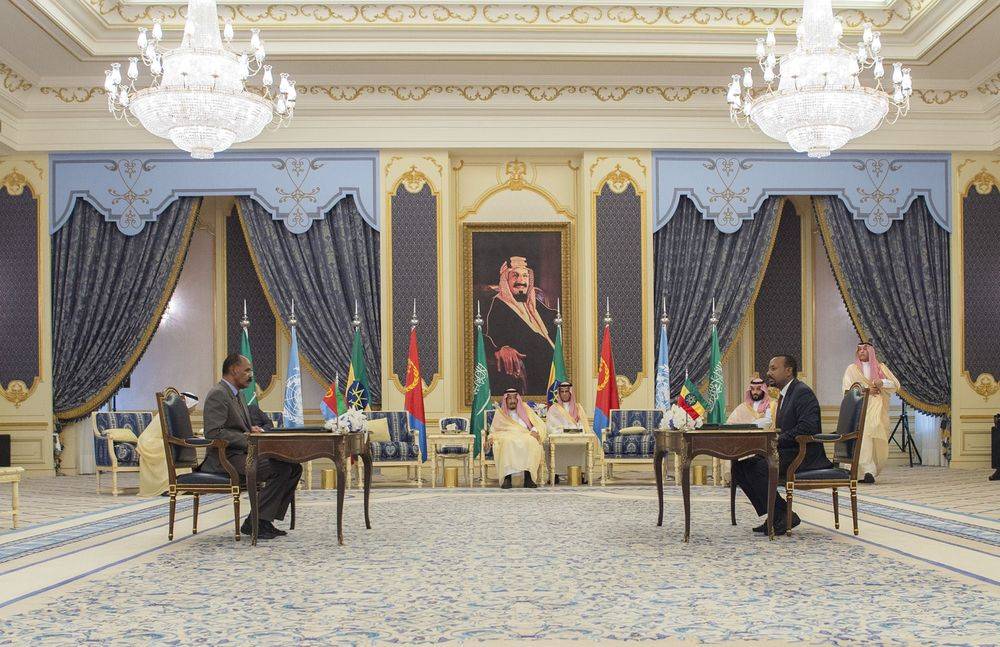 The Secretary-General of the King Faisal Center for Research and Islamic Studies, Saud Alsarhan, said in a statement to Bloomberg that the peace agreement between Ethiopia and Eritrea is a "materialization of extensive Saudi back-channel diplomacy to maintain stability and development in one of the world’s most strategic locations."

Alsarhan added that the agreement can also be seen in terms of the fact that Riyadh is moving forward through the conclusion of this important agreement as a cornerstone in the vision of Saudi Crown Prince Mohammed Bin Salman, Vision 2030, which aims to make Saudi Arabia a global logistical and shipping hub. “This can only be realized if the Horn of Africa is at peace,” Alsarhan said. “Hosting the signing of the Ethiopian-Eritrean peace agreement in Jeddah is an important sign of Saudi Arabia’s commitment to regional peace, security, and the freedom of navigation in the Red Sea.”

We deliver announcements about the Center's upcoming events as well as newsletters on its publications, projects, and previous events
Tweets by kfcris_sa
All copyrights reserved KFCRIS © 2020