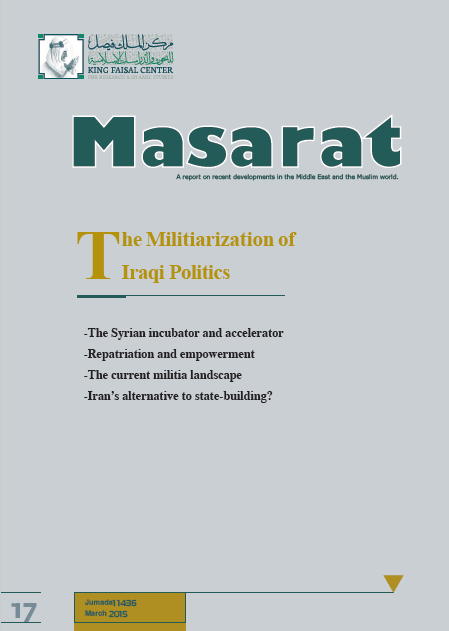 As mainstream narratives focus on the truly horrendous forms of violence carried out against Iraqi and Syrian civilians by the so-called “Islamic State,” little attention is being paid to the many acts being carried out against national unity and state-institutions in Iraq and Syria at the hands of extremist movements of militant Shiite ideologies. Too often dismissed as merely an effect or unfortunate consequence of their Sunni equivalent, Shiite militias in the Levant are creating a new reality on the ground. Not unlike ISIL, Shiite militias reject the legitimacy of fraying state institutions, thrive in a situation of chaos, and invest in primordial sectarian identities; they enjoy, for their part, the support of the Iranian Revolutionary Guard, possibly with a view to emulating the “Hezbollah Model” of paramilitary formations serving as the most effective lever of influence and control in an ever-fragmenting Levant.