Lecture entitled: “The Battle of Mosul and Beyond” 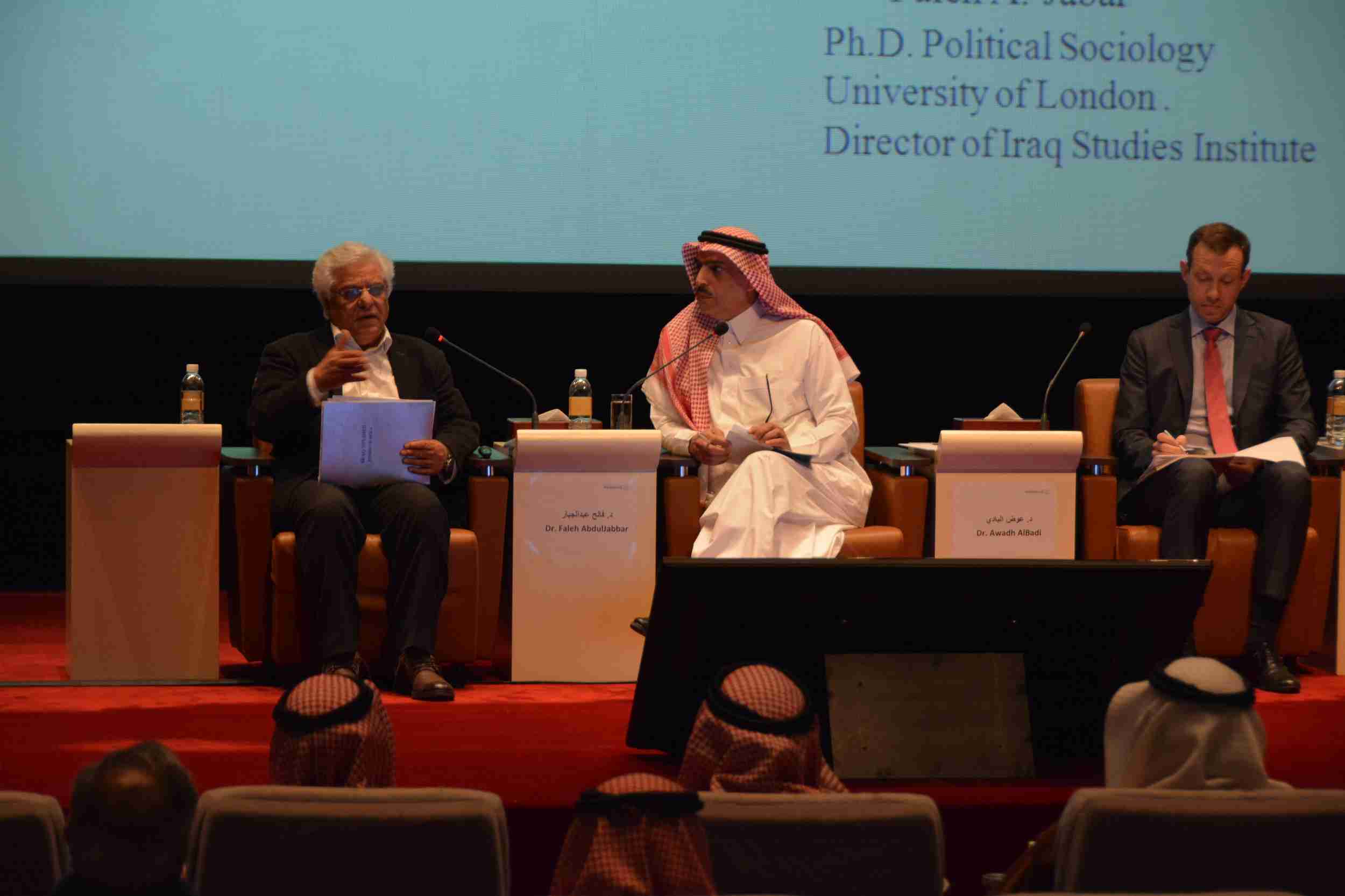 On Wednesday March 1, 2017/ 2 Jumada II 1483H, King Faisal Center for Research and Islamic Studies held a lecture entitled “The Battle of Mosul and Beyond”. A number of political specialists, ambassadors, and academics as well as members of the general public attended the lecture held at the Al-Faisal Institute for Human Resources Development and Training in Riyadh.

Dr. Faleh Abduljabar – Director of the Center for Iraqi Studies – talked about the battle of Mosul and its aftermath. Dr. Abduljabar provided the audience with an overview of the present political and social scene in Iraq. In his speech, Dr. Faleh identified the three main fronts fighting in Mosul: Al-Abadi,  who is keen on establishing a government headed by a military man; Al-Hashd Al-Sha’bi which is seeking to seize Talafar and is depending on both political and military dominance to extend its control; Iraqi Kurds are the third front in this fiasco, wishing to transform Mosul to an area of autonomous rule using a European issued decree to claim their right over the land. Subsequently, Dr. Faleh moved on to stress the importance of maintaining powerful strategic alliances and praised Saudi Foreign Minister, Adel Al-Jubair’s visit to Iraq, he also pointed out the important role Turkey plays in maintaining the balance in the Iraqi equation.

Dr. Peter Harling, Director of SYNAPS, warned of the dangers of relying on irregular forces in Iraq; as it created an armament race. Dr. Harling highlighted the two main sources of unrest and danger in Mosul in the battle’s aftermath: the increase in the Hashd’s power and its assumption of responsibility over the ‘victory’ in Mosul, and the growing violence between Sunnis, Shiites, and Kurds. Harling also pointed out the presence of an identity crisis in Iraq amid the current cultural, civilizational, and sectarian divide. He also argues that the younger generation in Iraq no longer forms affiliations based on identity or sect, and that Shiites of Iraq who were previously oppressed by the regime are now trying to seek compensation. Harling also observes that no Iraqi expects any good to come from Iran except for the Shiites.