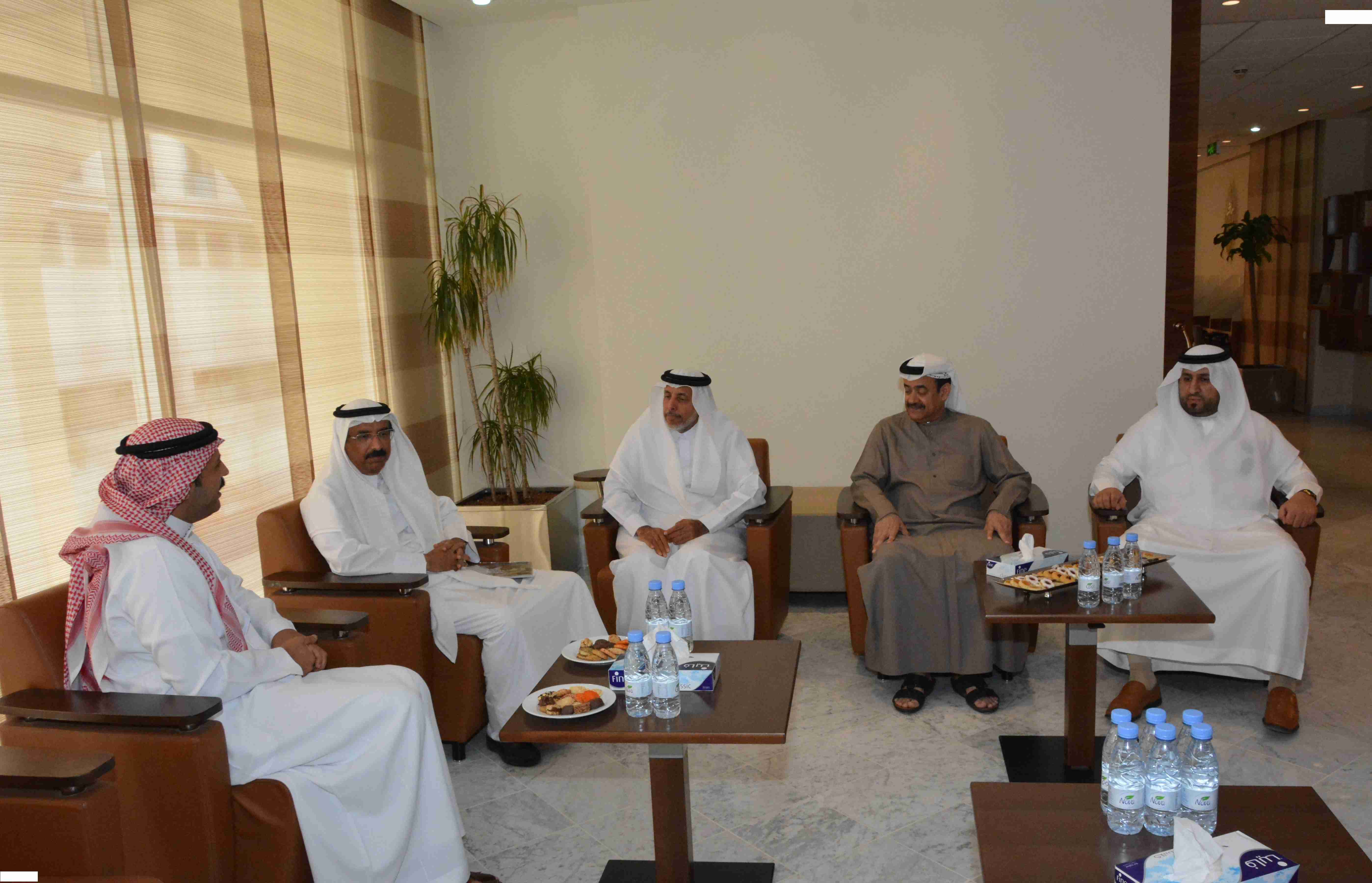 A high-level delegation from the UAE visited the Center’s Library on Thursday 30 Rabi Awal 1438/ 29 December 2016. The delegation consisted of HE Mohammad Al-Murr, Chairman of the Board of Sheikh Mohammad bin Rashid Al-Maktoum Public Library in Dubai, HE Mohammad Al-Mazroui, a member of the library’s board, and HE Abdul Razak Abdullah companion to the chairman of the board. During the delegation’s visit to the library, they were received by HRH Prince Faisal bin Saud bin Abdul Mohsen, Assistant Secretary General for Foreign Affairs at the Center, and Dr. Abdullah bin Mohammad Al-Muneef, Advisor at the Center’s Library.

The Delegation toured the sections and units of the library, such as the Digitization section (turning paper books into electronic ones), the Coin Collection owned by King Faisal and his family, the Audio-Visual unit that includes all recordings of King Faisal, the Manuscripts hall, and the manuscript conservation and restoration section.

At the end of the visit, the UAE delegation expressed their sincere thanks to the officials at the center for the warm reception. The delegation also expressed their admiration of the library collection and the complementary relationship between its cultural and scientific activities and the services it offers to researchers and students. They asserted the importance of cultural communication and cooperation between libraries and cultural and scientific agencies in all Arab cultural and related scientific matters, pointing out the role of libraries in enriching human communities.