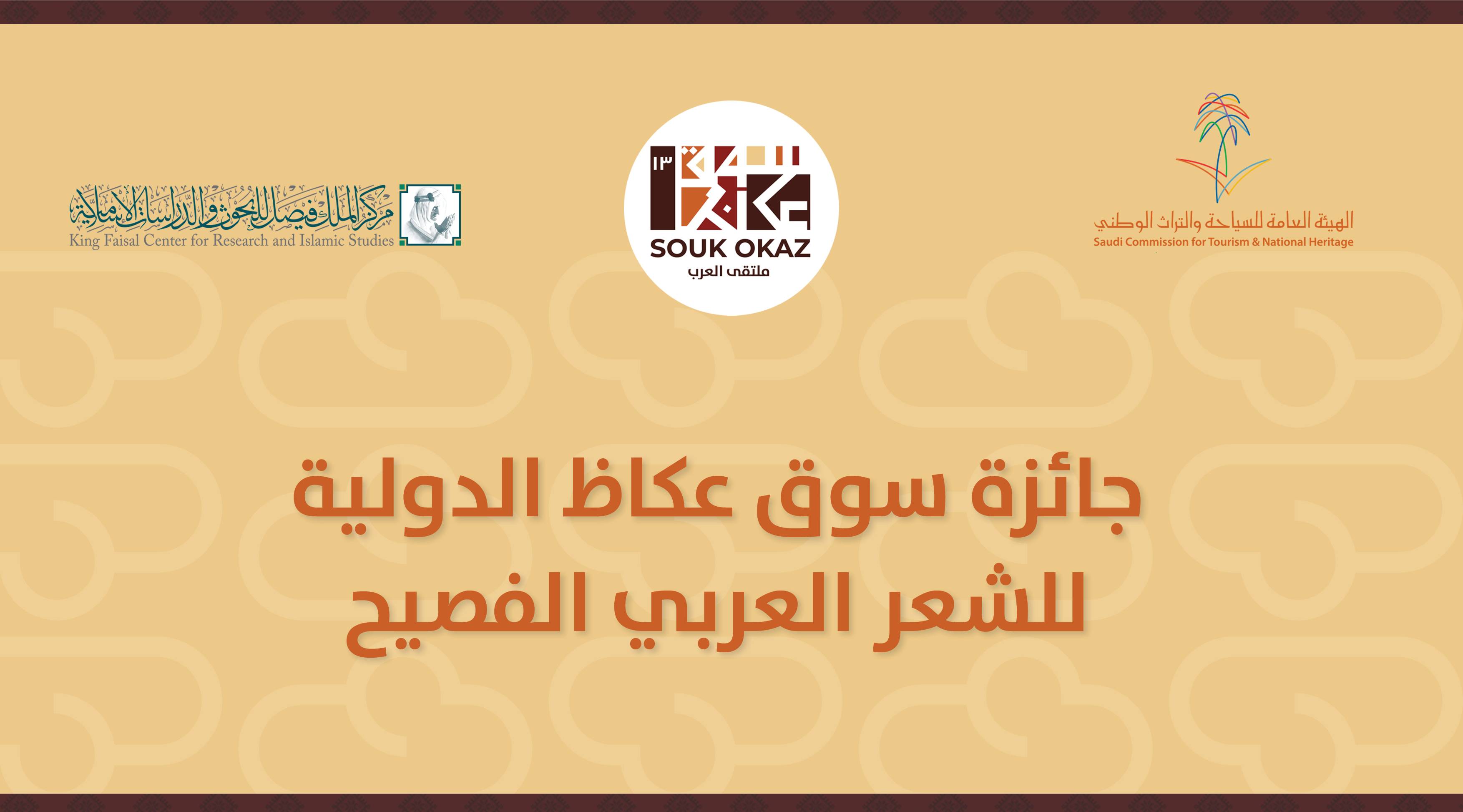 King Faisal Center for Research and Islamic Studies, in cooperation with the General Authority for Tourism and National Heritage, has announced the extension of the nomination period for the poet of the Okaz International Prize for Arabic Poetry Al-Faisih, which has a total prize of more than two million riyals, until the 28th of July. : //soukokaz.sa.
The "Okaz Poet" award comes within the framework of the 13 th session of the Okaz Market in 1440H which will be held from August 1 to 31 at Souk Market in Taif Governorate.
Dr. Saud Al-Sarhan, Secretary-General of the King Faisal Center for Research and Islamic Studies, invited the Arab poets to participate in the Okaz International Prize for Arabic Poetry during the 13th session of the Okaz Market, describing the Okaz market as a unique Arab-Saudi cultural event that brings together Arab intellectuals, writers and thinkers Under the umbrella of one of the tracks that have matured the cultural movement, especially poeticism in the Arabian Peninsula.
Al Sarhan appreciated the Saudi State's interest in the Okaz market as one of the most important and oldest cultural and poetic markets in the Arabian Peninsula and the efforts of the General Authority for Tourism and National Heritage in organizing and developing market activities and supervising it. And to celebrate the Arab creators of poets.
Al-Sarhan explained that the Okaz market awards have become the focus of the Arab creators and intellectuals, especially the title of the market poet Okaz, the most prominent brand in this historical market. He pointed out that the market witnessed the competition between the most famous poets and old Arab poets to present their most important poems and comments. This year to be filmed and televised with prizes of more than two million riyals will move it to another stage more popular and popular in the Arab world between intellectuals and viewers.
For the first time in its history this year, through the filming and transmission of television, it is required to register the poet on the contest website and to enter a valid electronic link on the registration page of the video video file containing a recording showing him A poem of his poems after the definition of himself, in addition to raising the contestant electronic version of three poems of poems written in the form of a Word file, one of the poem lying in the visual recording, and requires that the poet produced my poetry printed in the classical Arabic .